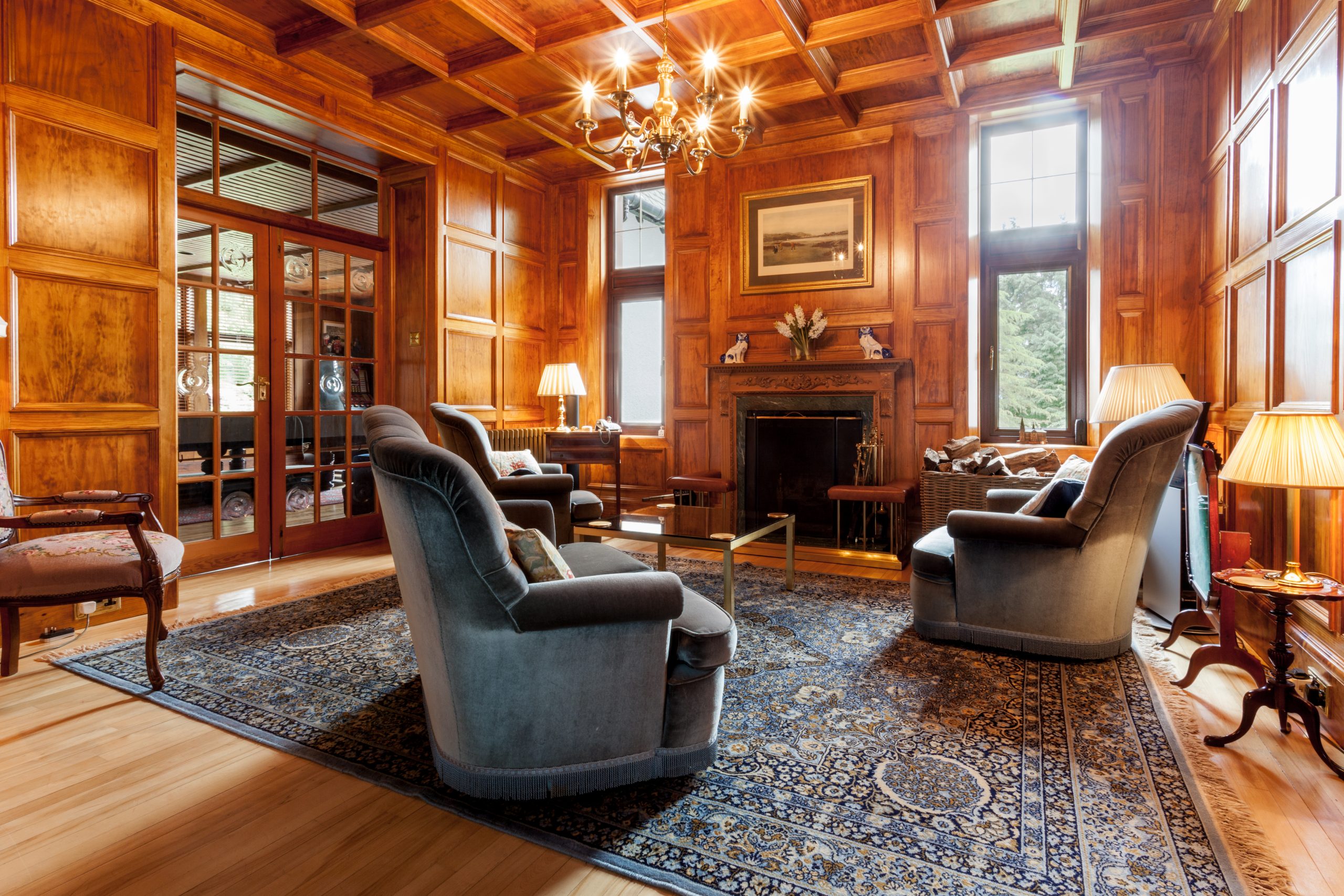 One of the first major commissions that Michael received was from the Ayrshire businessman Stephen Klinge. Stephen asked us to design and fit hand-crafted wooden panels for the fireplace wall of his home’s large hallway reception.

We used American southern yellow pine, which is soft but almost completely knot-free, and took painstaking care to remove the fireplace, fit the panels perfectly and replace the fire. Stephen was so impressed with the results that he asked for the panelling to be extended – first across the rest of the walls, then the ceiling and, finally, on the stairway walls. 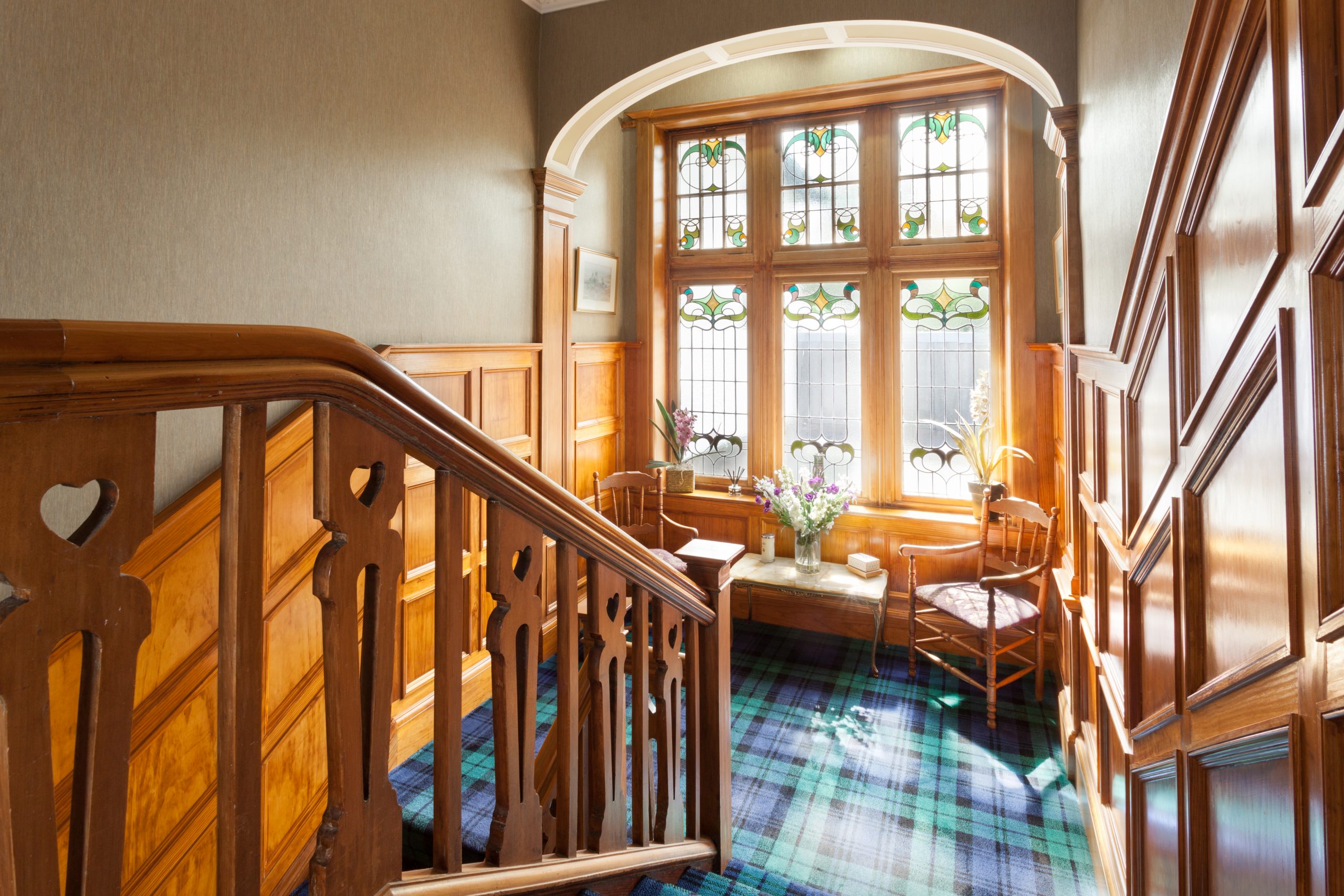 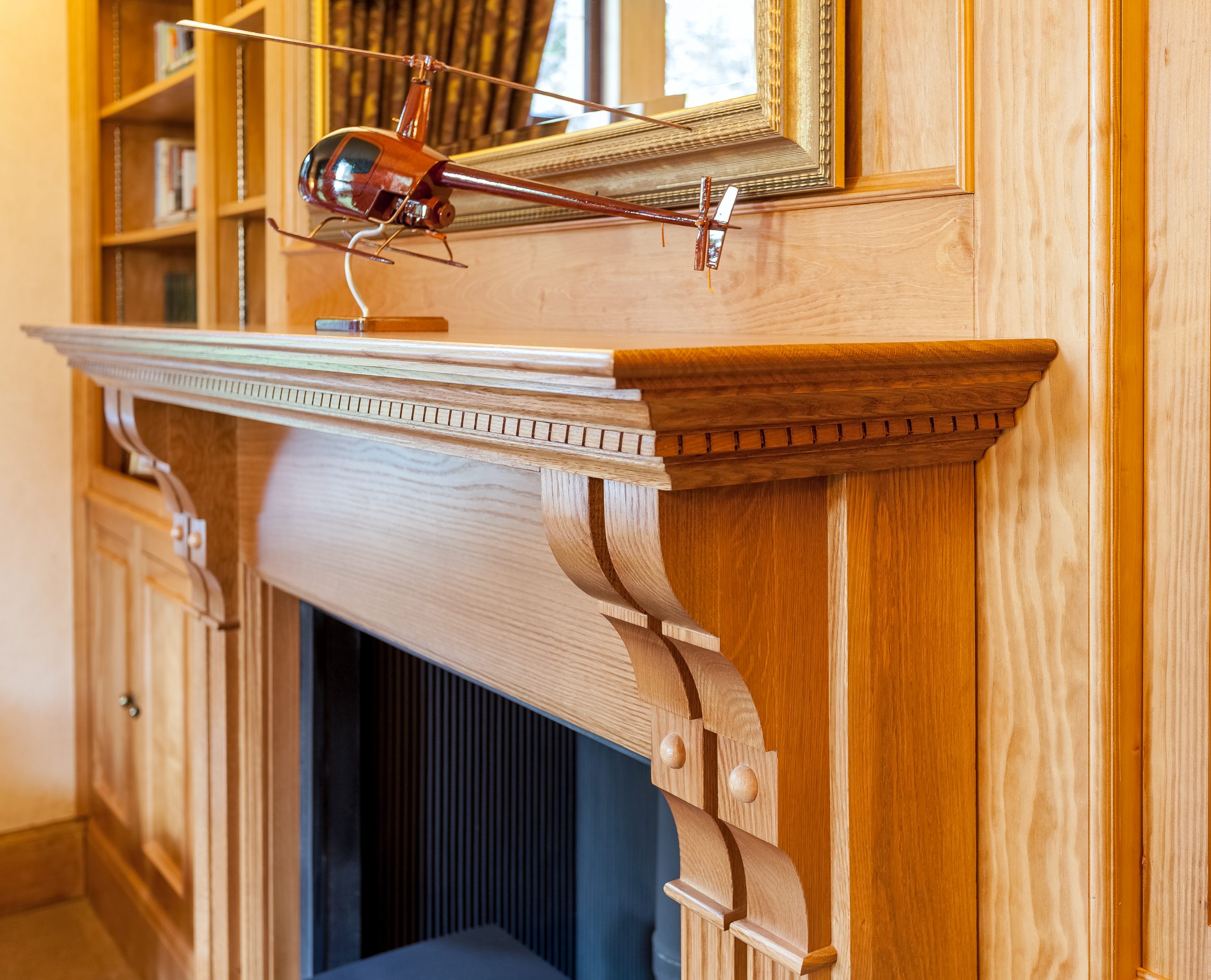 In a separate commission, we later built a stunning panelled book case for Stephen’s living room fireplace, with LED feature lights, and spaces to store the logs. Once again, we used American southern yellow pine.

Stephen Klinge: “I’m not sure Michael knew what he was taking on with that first section of panelling. His work was so good that I wanted more and more of it. The panels have turned the hallway into a striking feature room, and the bookcase has transformed the living room into a wonderful place to while away the hours. 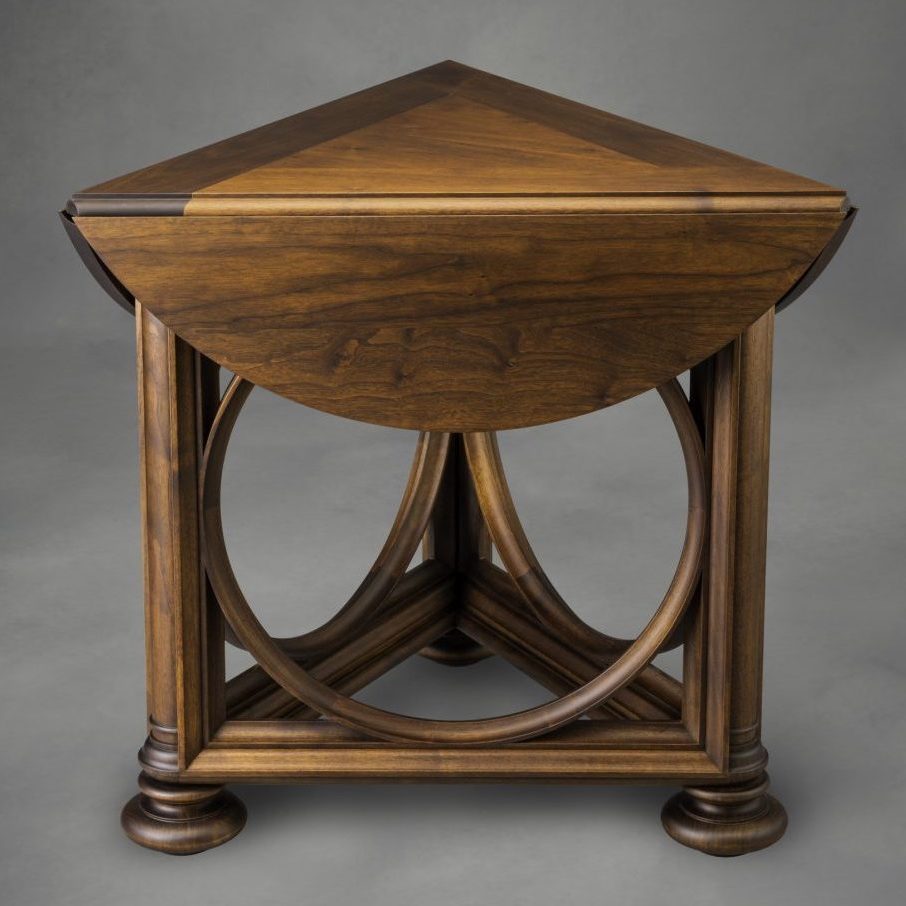 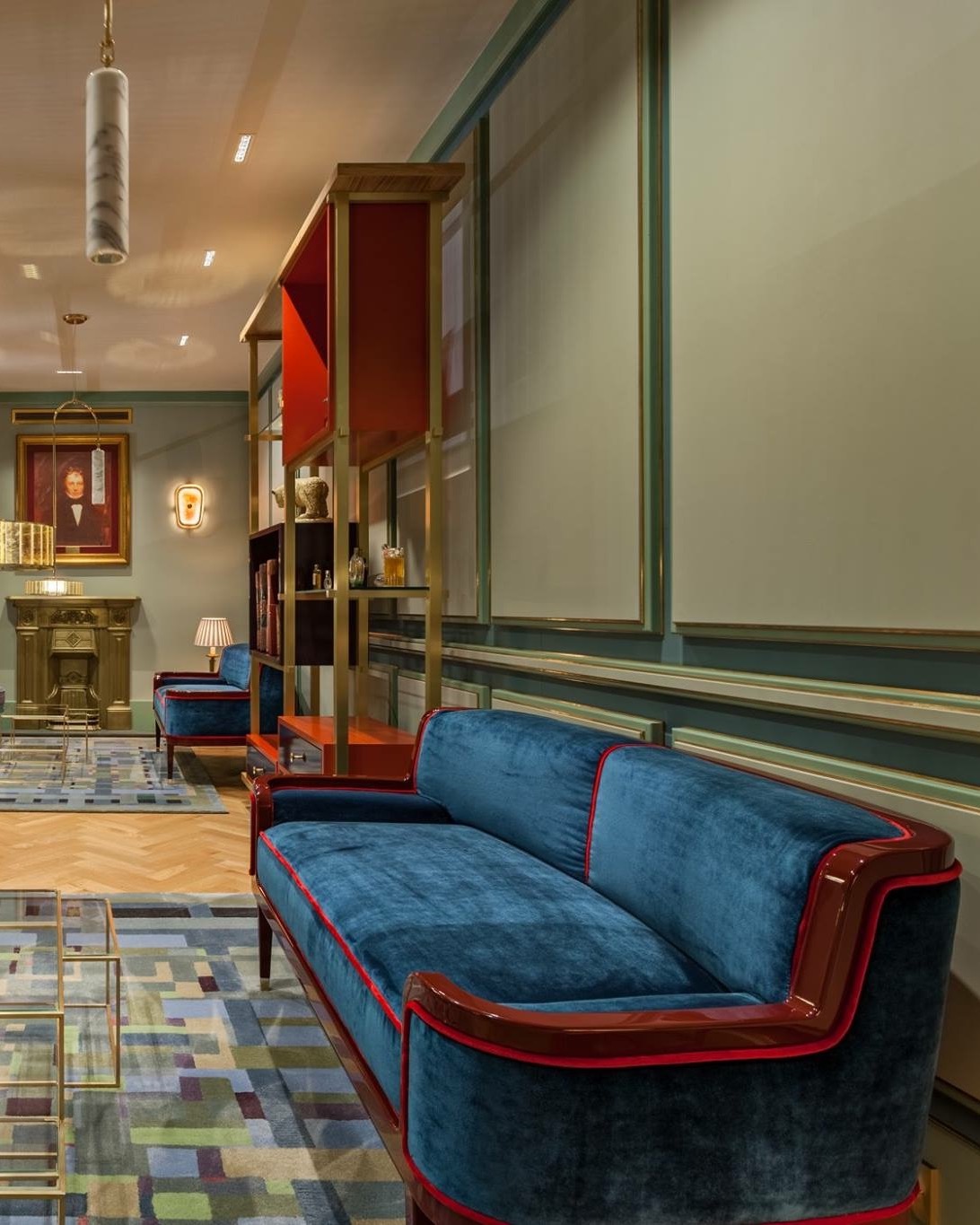 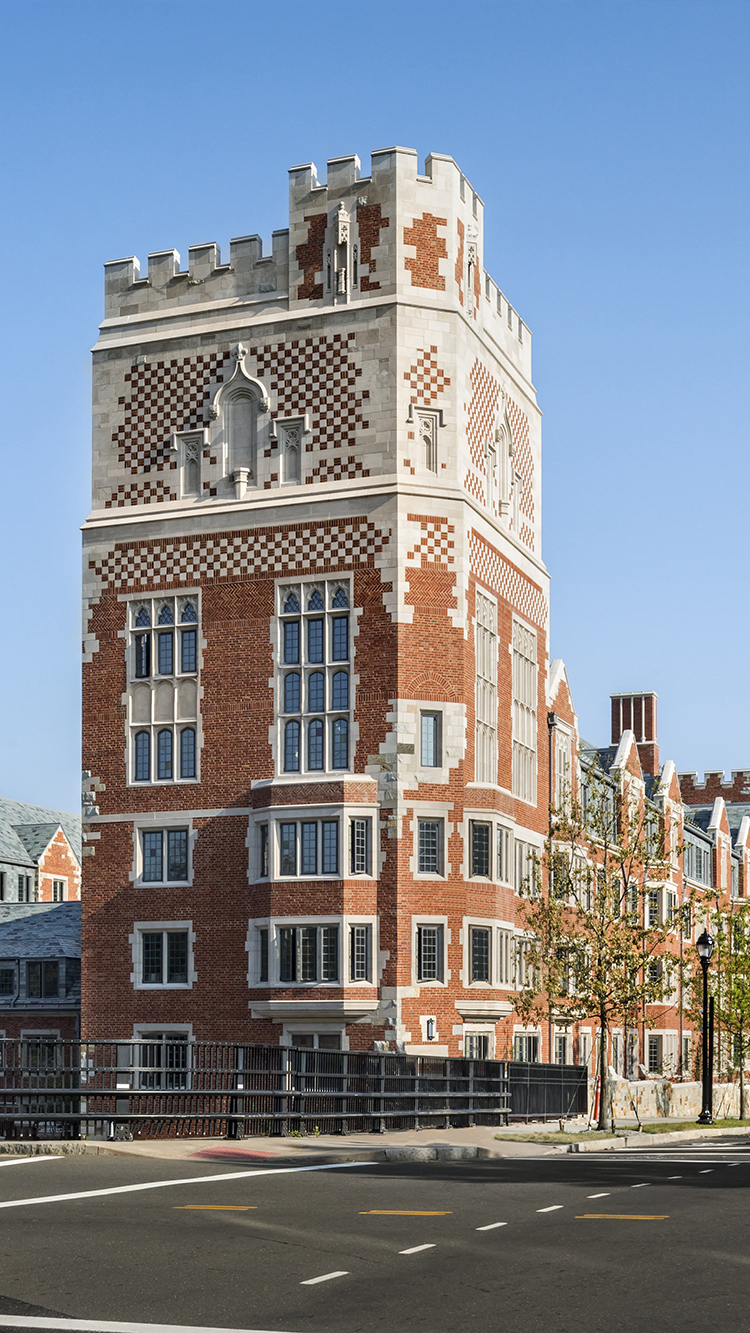 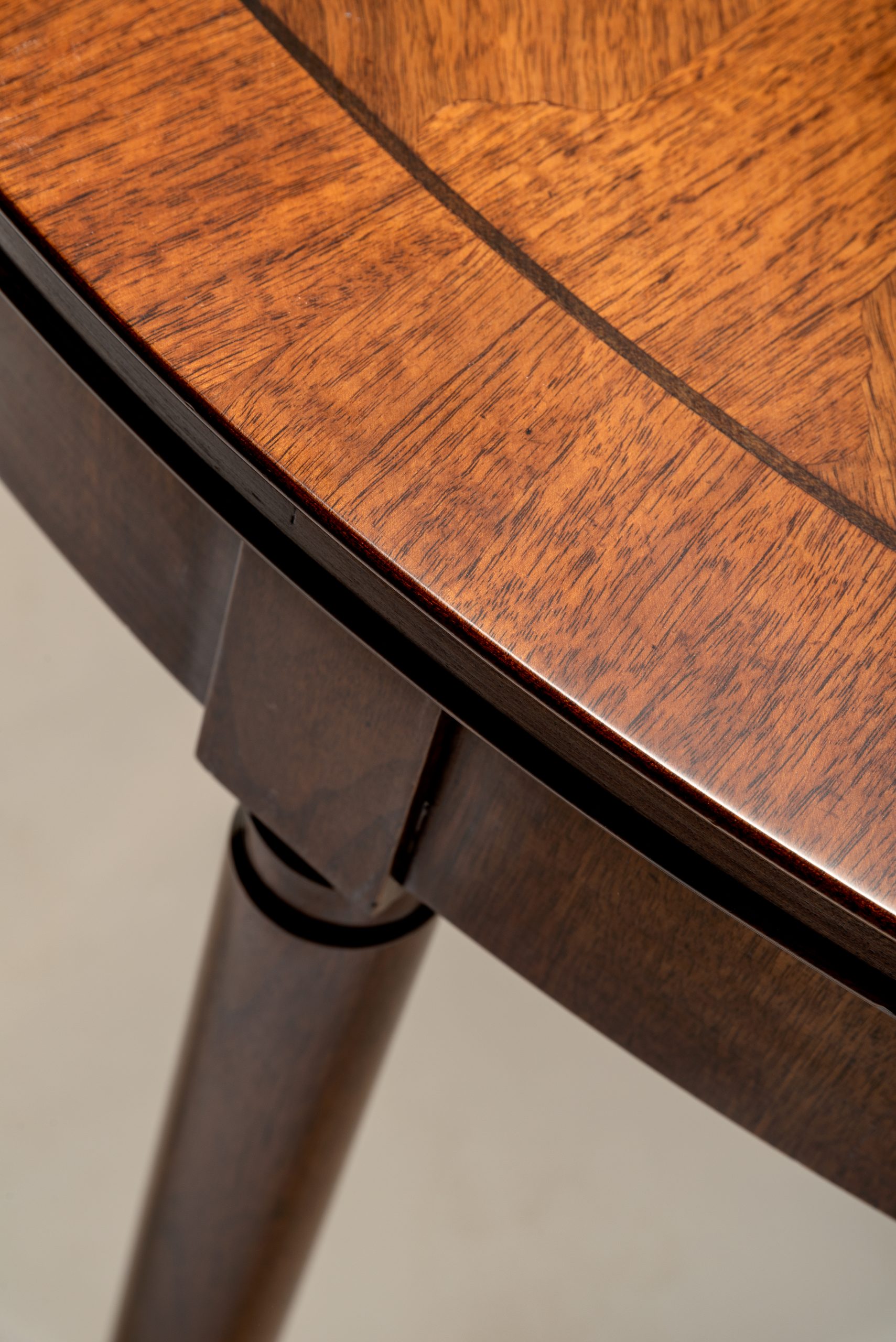